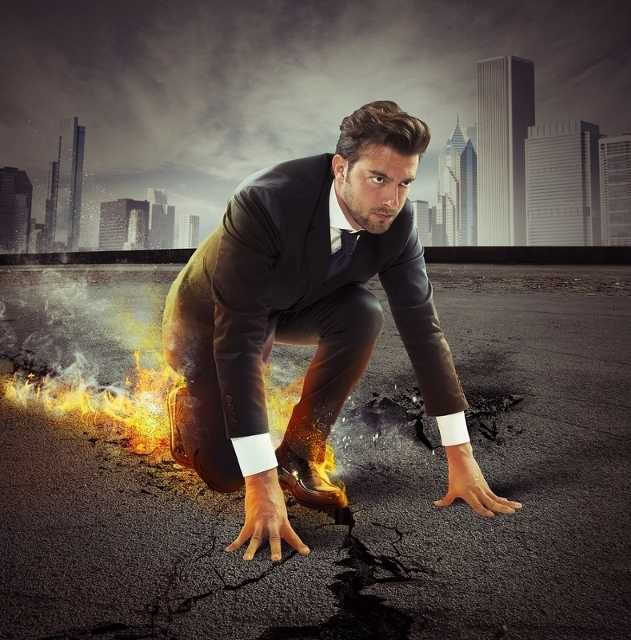 How can you gain the competitive advantage with focused energy?

One of the reasons that energy has traditionally been looked at as scientifically and politically incorrect is because it seemed to be intangible. In order to avoid as much confusion as possible, and to bring it into the discussion, we need to clearly define what it means on both a personal and organizational level.

One joint study by the Energy Project UK and the Harvard Business Review, entitled The Human Era at Work, established a four part framework by which to acknowledge capacity, surveying over 20,000 employees worldwide – and the results were nothing short of impressive.

The Four Categories of Building Energy and Personal Capacity

Here’s a breakdown of the four categories by which this study recognized capacity, and a closer look at what was found.

This is your physical energy – you can consider it your baseline. It includes all the traditional ways your doctor might tell you to improve your energy levels. This means sleeping and eating well, exercising, and resting effectively.

It was the father of modern sleep research Nathaniel Kleitman who originally studied the nature of basic rest-activity cycles in the body. He found that we move from higher to lower periods of alertness every 90 minutes – this is called our ultradian rhythm. Towards the end of this cycle we just aren’t very effective and need a brief break from work to recharge.

When we don’t get adequate breaks from this cycle, our body responds by craving sugar and carbs, and stimulants such as caffeine, it also releases our own stress hormones – adrenaline, noradrenalin and cortisol.

We move from parasympathetic to sympathetic arousal when we draw on these energy reserves, which means that our prefrontal cortex becomes less effective, and our ability to tackle problems is greatly diminished.

Fortunately, these hormones can be balanced by taking rests throughout these natural cycles, as well keeping proper nutrition, sleep, exercise and natural alternatives such as cold thermogenesis.

“This is really simple to counter with awareness and some very simple techniques. And at the heart of it, it is recognising that the human body is designed to work on a wave principle. Expending energy and recovering it.” – Jean Gomes, Chairman of The Energy Project UK

Unfortunately however, as this study found, only 9% of employees reported taking a break every 90 minutes, though of those that do, they had a 40% greater ability to think creativity, reported a 30% higher level of health and well-being, and a 28% improvement in their focus.

This was a huge area that needs addressing, as 51% of employees reported taking 1 or less breaks a day.

IT leaders can facilitate this by encouraging employees to take breaks, or make use of facilities such as fitness centers or nap rooms.

Emotions are essentially the quality of your baseline energy.

Contrary to the belief that we can compartmentalize our work from other aspects of our life, the reality is that there is a specific set of emotions that have a huge influence on the way we perform. The study revealed that there were two important feelings directly associated with performance. The feeling of enjoyment and satisfaction, and a sense of safety and trust.

Only 37% of respondents reported having a feeling of enjoyment and satisfaction, those that did however had 125% greater engagement and 54% better focus.

Ultimately if you have an employee who is overly critical, angry, or negative, it will impact the way they frame problems and how they make decisions.

A positive emotional state is a precious resource and vital to good decision making. Particularly for IT leaders in such a flexible and changing industry, it is important to have the emotional capacity to be open to being wrong, testing, learning, pivoting and adapting, and to encourage these traits in your workers.

Leaders can help their employees by leading with emotional maturity, setting the tone for the attitude that is appropriate in that work environment. It’s important that leaders are cognizant of treating employees with respect, and displaying appreciation, as these were the two most important variables linked to emotional satisfaction in employees.

Put simply the mental aspect of capacity is ability to focus your energy. Technology for all its benefits is a primary cause of our lack of focus.

Only 19% of respondents reported being able to consistently focus their attention at one thing at a time, and those who did reported 29% greater engagement.

To improve focus leaders need to likewise model and support the practices they expect from their employees. If they are distracted and their attention is split between tasks or emails, their workers will follow suit.

This is the energy of meaning and purpose. Whilst it is general looked at as the least tangible aspect, it was found to have the largest impact on both job satisfaction and the likelihood that an employee will stay on at their company.

Spiritual energy is a feeling that is derived from working for a cause larger than oneself. It arises when an employee feels connected to a company’s mission and finds a sense of meaning through their work.

Leaders who are able to effectively communicate their vision in a clear, consistent, and inspiring way, have employees that are 70% more satisfied with their jobs. As a leader you should be aware of exactly what the company mission is and be able to communicate it in multiple ways so that it resonates with a wide variety of people.

While I mentioned the clear importance of rest periods there is another aspect to touch on briefly.

This is the use of mindfulness practices in the workplace, and it can have a positive influence on all four of the above categories.

From a physical point of view, mindfulness balances the stress hormones that are built up throughout the workday, it improves emotional intelligence and wellbeing, sharpens and strengthens your ability to focus and provides the space needed to reflect on the deeper meaning of your work.

By engaging in short mindfulness practices throughout the work day we are able to reflect on the way we are using our energy – and it is critical reflection that is key to progress.

To join my monthly CIO Mastermind Discussion that gives you, an IT Executive, a safe, constructive environment to ask your peers for feedback about current challenges or issues you are facing in the industry, see this link to CIO Mastermind