This was a hugely popular event that we hosted with guest speaker Uri Rivner to explain what Bitcoin is, how it can be used economically, on the black market, and also to highlight the dangers of using Bitcoin.   Since it was uploaded just over two months ago on Slideshare, it received 188 likes.

click here to listen to the Virtual Web Learning Meetup Session for Business Leaders and Decision Makers held on 24 March 2014.

Uri Rivner, the guest speaker, has been a cybercrime specialist for last 12 years. At present he leads the cyber strategy for invisible biometrics company, Bio Catch. Rivner’s has also worked as the Head of New Technologies, Identity Protection at RSA, where he was closely associated with the world’s major organizations to set up innovative defense policies against complex cyber threats. Innovations pioneered by him now prevent billions of dollars in fraud every year and defends countless of online banking and e-commerce users worldwide. 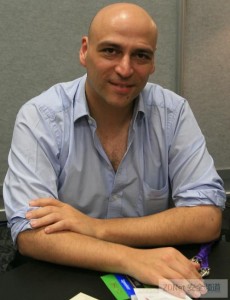 Things You Should know about Bitcoin

Bitcoin, as a currency is gaining immense popularity because of its huge advantages. Bitcoin is a payment currency that enables you to have total control of your money and transfer cash instantaneously from any corner of the world. Another great advantage of Bitcoin is that it allows you to make payments without revealing your personal details related to the transaction. This is indeed a great protection against identity theft. Moreover, with Bitcoin, you can also secure your money with encryption.

Bitcoin also features exceptional wealth preservation characteristics and this makes it all the more popular. Uri Rivner, the Co-Founder of BioCatch shares some useful facts about Bitcoin that every CIO, IT Business Executives, IT leaders, Cyber Security Professionals and people who want to own Bitcoin should know about this digital currency.

Some of you may consider Bitcoin as a crazy digital currency the dollar value of which has been rising significantly in recent times. Some of you might also be stuck in the dilemma of buying or not buying Bitcoin. Here are some important facts about Bitcoins that you should be aware of.